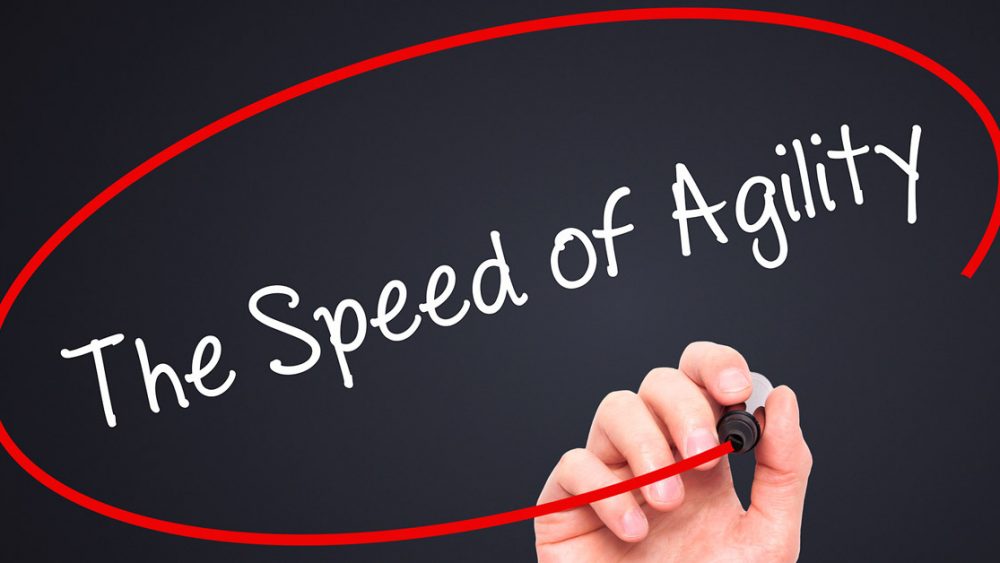 IBM and HP are both great companies. But which is more agile? Agility is often defined as the ability to quickly and efficiently adapt to change as it happens. Long-term strategic planning in the IT market space beyond one to two years is difficult (especially for small private companies).

Based on their changes in executive leadership and corporate strategy during the last several years, would you consider HP agile?

Conversely, as businesses continue to move away from hardware, IBM is expanding into professional services, mobile, and SaaS-based applications as quickly as possible.

As an IT CEO, you must make decisions fast. Not making a decision is a decision. The key to successful business agility is (like Scrum Development) managing projects based on a focused approach but having the flexibility to adapt with speed when needed.

But being agile is not just developing applications fast. Instead, it is an executive business model where CEOs and their leadership team move quickly to adapt to changing market conditions as they happen. Being agile as a high tech CEO means making strategic business decisions for your company at an accelerated rate.

In 1995, Microsoft was a multi-billion dollar battleship with thousands of employees and yet it misperceived the entire Internet market space. In one fast agile move, more like a speedboat than a battleship, Bill Gates changed his entire company. On May 26, 1995, Gates sent the now famous “Internet Tidal Wave” message to his corporate executive team. The message said that the Internet is “crucial to every part of our business” and “will be the most important single development to come along since the IBM PC was introduced in 1981.” The memo outlined Microsoft’s inability to grasp the Internet’s importance and in it, Gates declares, “the Internet will be our highest level of importance” from then on.

From that CEO instruction on, Gates changed his company forever forcing it to be nimble.

This Internet agility induced Microsoft to buy companies like Placeware.com, NetCarta, Hotmail and LinkExchange to help turn the company into an Internet player.

Often, when advising CEOs and their executive teams on best practices on how to grow their business, the discussion of change comes up and the speed of that change becomes the elephant in the room for the leadership team to manage.

If Microsoft, a market leader, burdened with dealing with Wall Street analyst demands, with thousands of employees and bureaucracy as deep as the Grand Canyon can change their business strategy pivoting 180 degrees based on a market needs – why can’t you?

“The critical ingredient is getting off your butt and doing something. It’s as simple as that. A lot of people have ideas, but there are few who decide to do something about them now. Not tomorrow. Not next week. But today. The true entrepreneur is a doer, not a dreamer.” – Nolan Bushnell – American Engineer, Entrepreneur, and Founder of Atari

Where do you get your strategy from? Do you need help in being agile?