Blog
Value Forward Group / News / How to Sell Against IT Competitors and Win!
Jan 16 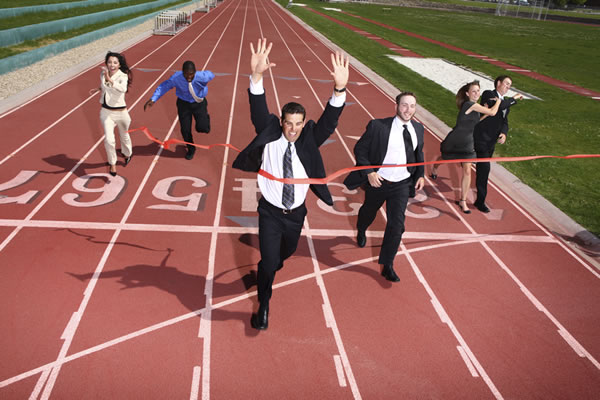 How to Sell Against IT Competitors and Win!

Every successful IT company has a sales and marketing system – a process on how they handle direct and indirect competitors. They either ignore them, negatively sell against them through verbal criticism, or poo-poo them as non-competitors or non-players.

But does that really work?

Does that make competitors go away?

It’s not what you sell – it’s who you sell against. Otherwise, we would not need sales and marketing investments because prospects would just call your office and an administrative team would take the orders over the phone.

So don’t worry about competition so much — they’re probably worrying about you too.

Just accept that competition issues are just another objection management variable that you need to control as a technology and professional service salesperson.

The psychological pressure and fear of competition in a deal makes IT salespeople drop their price, accelerate their sales cycle (before the decision maker is ready) and bring in sales managers when they are not needed.

IT competition can be managed a lot easier than you may think.

When dealing with IT sales competition, always think offensively rather than defensively. Usually, IT salespeople react to competition instead of preparing for it. Going forward, always assume there is competition and then position your firm uniquely enough so that all other players are strategically in a defensive position.

Selling technology is a premeditated sport! If you prepare for the big game, you can win!
Imagine then what it would be like to stand out when marketing and selling technology or professional services to management in a highly competitive marketplace and attract more sales and more prospect respect during your sales cycle . . . without worrying about your competitors.

One way to sell against direct competitors is to use strategic language to describe them during the sales and marketing process. How you react and how you respond to competitive pressure during your sales cycle sends subliminal communication to the buyer of your offerings or weaknesses. How you describe or respond to competitor comparisons sends out confidence messages to your prospects as they try to move to a short list of potential vendors based on their “education”. Proactively manage your competitors so they don’t control your sales cycle by manipulating the buyer’s perception of you.

You must always manage every step of your revenue capture process. Hope is not a strategy.

Here are 3 competitive tips you can use right now:

The “I Worry Too Much About Competition” IT Sales Test

Question 1
Of all the deals I lost during the last 12 months, I told my sales manager that the reason we lost was because of competition more than 50% of the time.
____Yes ____No

Question 2
When I have found out there was competition in my deals, I have said something negative to my prospects about the other vendors (even in a nice way) at least 25% of the time. (Be honest – your boss won’t ask you for this test score.)
____Yes ____No

Question 3
When a prospect from my sales forecast starts talking about other vendors in the deal having better functionally, service delivery or a lower price, one of the first things I do is discuss with my management team about cutting the price.
____Yes ____No

Question 4
Of all the deals that I have closed during the last eighteen months, more than 50% were based on price concessions.
____Yes ____No

Question 5
I have studied the top ten competitors in my market and business vertical and know how to position my firm in an offensive mode against each one.
____Yes ____No

Scoring
Give yourself 20% for each matching answer. Did you pass? If you failed, more than likely, you are not managing your IT marketing and sales process.

Competition is part of the IT marketing and sales game — live with it and manage it.

“The purpose of competition is not to beat someone down, but to bring out the best in every player.” –Amos Alonzo Stagg