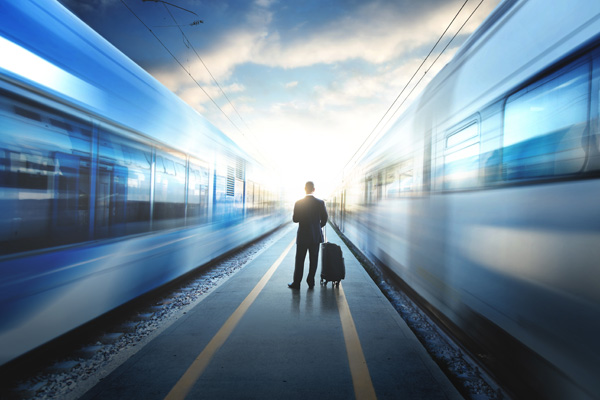 Is Your Firm Taking the Polar Express?

One of the things I enjoy during the holidays is sitting on the couch with my son and watching the movie “The Polar Express”. It is a great movie which tells a story about children who are struggling with character flaws (i.e., know-it-all, not having confidence in themselves, being a scrooge) taking a magical train ride to the North Pole on Christmas Eve. The central character in the movie is an 8 year old boy who is having doubts about whether Santa Claus is real. When the Polar Express arrives in the middle of the night to pick him up, he hesitates to get on because it is hard for him to accept the opportunity standing right in front of him… and that it is real. The film contains many symbolic concepts such as, what is the true meaning of the Christmas, what is the difference between being nice and naughty, and how we can overcome our doubts.

One of the last scenes in the movie shows the train conductor (actor Tom Hanks) saying goodbye to the central character, the little boy who does not believe in Santa Claus. As the young boy leaves the train, now a believer in Santa Claus — the conductor leans over and says “the great thing about trains is – it’s not where they are going; it’s deciding to get on…“

As we wrap up this fiscal year and head into a new one, you’re probably thinking about how you can be more successful in the coming year. With that in mind, the questions every IT executive needs to ask themselves about their vision are:

Simple questions, but they represent the foundation of business success, management team performance, and estimating the clarity of your corporate strategy.

When we work with clients, we often see a disconnect on the tracks between vision and implementation. The business driver for strategy success is the linkage between these four questions and the education and execution of your vision.

Have you thought about these four questions? How do they align with your vision? Are you going to get on the train?

When laying out your company vision and direction, you have to decide whether to get on the train… or let the opportunity pass you by!